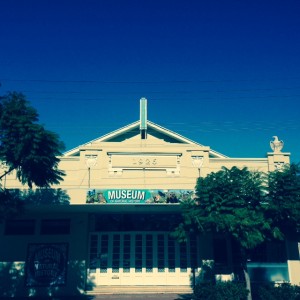 Architect: Samuel Rosenthal. It was commissioned by George Hall Esq. as a low budget operation in times of relative economic hardship. The vestibule was small and the theatre was also to be used as a hall, so there was provision for an adequate platform stage. It has unadorned geometric forms which are shown to advantage in the ballustrading on the balcony.