Categories Menu
Home » South of the city » The Raffles Hotel 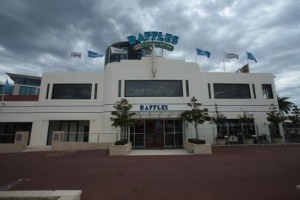 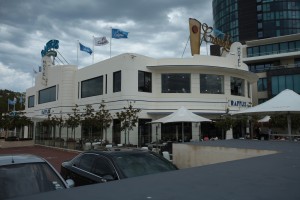 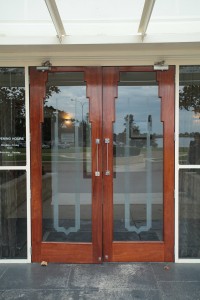 Architect: Redesigned by W G Bennett .It was originally built in 1850 and then  it was renovated in a style reminiscent of its namesake in Singapore.It is in the Streamlined Moderne style and has a combined panorama of the two rivers – the Swan and the Canning. The Raffles Hotel beer garden (biergarten) was said to be the first of its kind in Australia. There was even a Raffles Hotel Special Ferry Service which left Barrack St. at 6pm and returned to the city at 9.30pm.