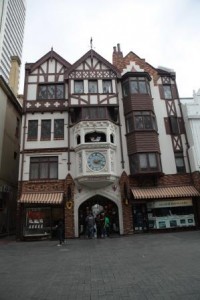 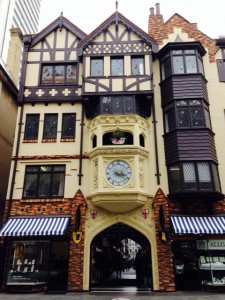 This eccentric ‘street’ in the Mock or Tudor Revival style was perhaps a reaction or alternative to “modernism” and is obviously English and in 1937 when it was built, Britain was still referred to as “the home country” by a high proportion of Western Australians. It was built for goldmining entrepreneur Claude De Bernales, who also financed the Piccadilly.